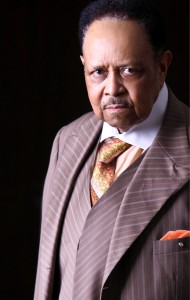 As a pastor in the City of Dallas for 50 years, he consistently dedicated himself as a Servant of God to the religious, educational, and humanitarian welfare of the Dallas community, and to all mankind.

As a Man of God, he preached an authentic, transforming, and deliverance gospel. Like a balm in Gilead, his message was the antidote for broken lives and wounded spirits. Endowed with a ministry that is evidenced by signs, miracles and wonders, souls are saved, delivered and set free by the power of God in each service. His ministry transcended ethnic barriers and reached people from all walks of life. The hallmark of his ministry was the laying on of hands for the receiving of the baptism of the Holy Ghost.

In the religious community, Rev. Murray founded Full Gospel Holy Temple Church in 1961. Under his astute leadership the church expanded to a membership of over 2,500 locally, and an incorporated body of fellowship churches, numerous outreach ministries, a bi-monthly church magazine, numerous radio broadcast, and the L&S Christian Camp.

In the educational community, Apostle Murray founded the Lobias Murray Christian Academy (LMCA) in 1979. LMCA, now defunct, was a 12-grade private school accredited by the Southern Association of Colleges and Schools and Texas Education Agency. For 31 years, it held the distinction as the first accredited, K-12th grade African-American owned school in the city of Dallas and state of Texas. Apostle Murray, along with his wife Dr. Shirley Murray, also opened the Shirley Murray Child Development Center. For 33 years, the daycare was a licensed and state accredited facility for ages 18 months through kindergarten.

As a humanitarian, Apostle Murray and First Lady Dr. Shirley Murray started the Helping Hand Outreach Ministry, in December 1981. The organization gives food, clothes and toys to needy, indigent, and homeless families during the Christmas season and throughout the year. During the 1998 Christmas season, the Helping Hand aided over 2500 families in the Dallas – Ft. Worth metropolis with toys, clothes and food. Apostle Murray was the recipient of numerous awards, plaques and plaudits from community and social organization for his humanitarian and spiritual contributions. During the 1985 Summer Commencement of, now defunct, Bishop College, Dr. Wright Lassiter, former college president, conferred the coveted Honorary Doctorate of Divinity Degree upon Apostle Murray, esteeming him as a ‘renaissance man’ and as a ‘principal architect in the religious and education communities in Dallas.’ His legacy lives on through his wife, children, his congregation and his grandson, Bishop Herman Lobias Murray, Jr., who now serves as the Presiding Bishop and General Overseer of FGHT Churches, Inc.